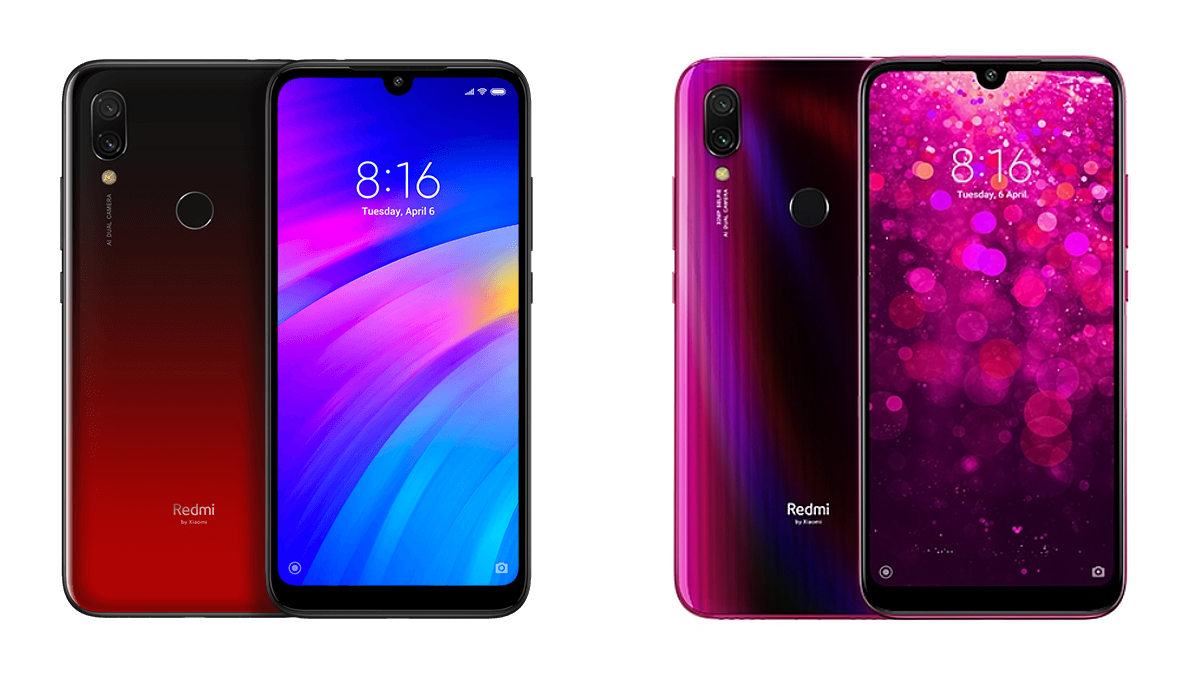 Redmi 7 and Redmi Y3 were launched together at Xiaomi’s New Delhi launch event on Wednesday. The smartphones share several similarities in terms of specifications as well as design, and we detail the common features and differences in this article for you to get a better idea of which smartphone is more suitable to your needs. Both the Redmi Y3 and Redmi 7 will go on sale via Amazon India next week, giving you some time to make your decision. Here’s a comparison of the Redmi Y3 and Redmi 7 in terms of price in India, specifications, and design.

The two phones are nearly identical in terms of design. The biggest difference is this – while the Redmi 7 sports an Auru Smoke gradient finish, the Redmi Y3 sports an Aura Prism gradient finish. Notably though, in both smartphones, the Black colour variant has no gradient finish. The Redmi 7 is available in Comet Blue, Eclipse Black, and Lunar Red colour variants, while the Redmi Y3 is available in Bold Red, Elegant Blue, and Prime Black. Apart from that, both smartphones bear the same dimensions (158.73×75.58×8.47mm), have the same waterdrop-shaped display notch, sport identically placed rear fingerprint sensors, and have the same weight (180 grams).

The Redmi 7 and Redmi Y3 both bear identical dual rear camera setups – a 12-megapixel primary sensor with an f/2.2 aperture and 1.25-micron pixels, coupled with a 2-megapixel depth sensor. The dual rear camera setup is coupled with dual-LED flash module, electronic image stabilisation (EIS), and phase detection autofocus (PDAF). It’s on the front where another significant difference comes in. As the Redmi Y3 is a selfie-focused smartphone, it features a massive 32-megapixel front camera, while the Redmi 7 only bears an 8-megapixel sensor. While the Redmi Y3 offers EIS, auto HDR, and AI portrait mode on the front camera, the Redmi 7 only offers an AI portrait mode in comparison.

In terms of storage, the Redmi 7 offers 32GB of inbuilt storage on both its SKUs. The Redmi Y3 offers both 32GB and 64GB inbuilt storage options. In the case of both smartphones, there is a dedicated microSD card slot support cards with capacities up to 512GB.