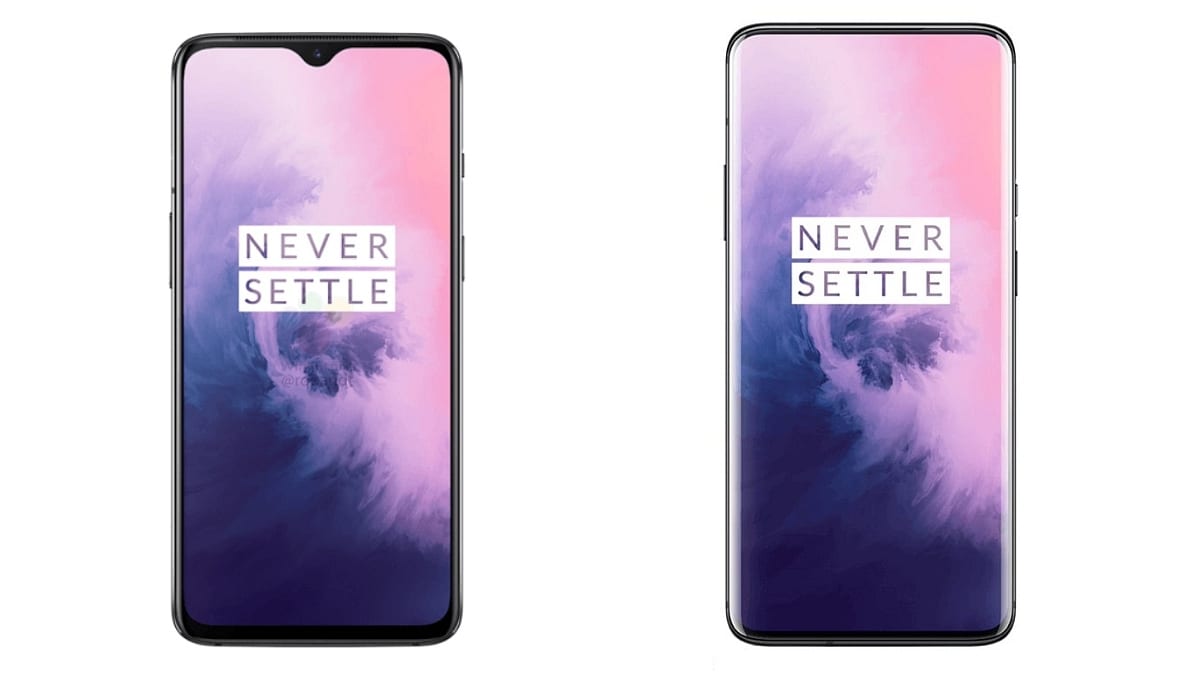 On the other hand, so far we only have an estimate of the OnePlus 7 price in India, said to be Rs. 39,500 for the lowest-end model. The estimate is based on the pattern of how the company hiked prices with each successive generation.

Notably, Reliance Jio has already announced a bundled offer for OnePlus 7 and OnePlus 7 Pro buyers both. The telco claims benefits worth Rs. 9,300 will be available to buyers, with an instant cashback worth Rs. 5,400 on the first recharge of Rs. 299, and additional partner benefits worth Rs. 3,900 for customers availing the new offer. Called the Jio ‘Beyond Speed Offer’, it will be available for both existing and new Jio subscribers. The offer will go live on May 19, giving us an indication of the release date of the smartphones.

As we’d mentioned earlier in this article, OnePlus itself has been teasing the OnePlus 7 series of smartphones, though most revelations have been centred around the top-end OnePlus 7 Pro variant, with not much disclosed about the OnePlus 7. The OnePlus 7 Pro is said to deliver a ‘fast and smooth’ experience, and while the ‘fast’ would refer to the top-end Qualcomm Snapdragon 855 SoC that has been confirmed to power both the smartphones, the ‘smooth’ here isn’t just for the speedy interface, but also for the display. 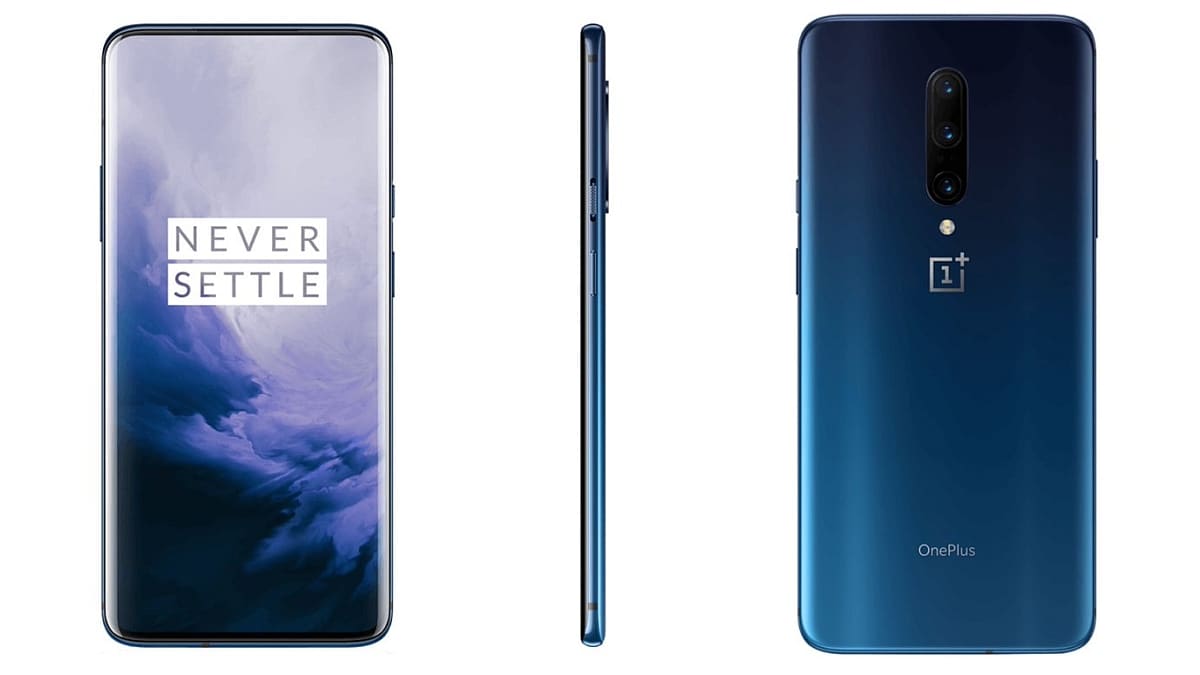 The “industry leading smooth display technology” that the company is teasing was recently revealed to be a 6.67-inch 90Hz refresh rate display on the OnePlus 7 Pro, something more commonly seen on a gaming-focused smartphone, and a first for the company. The 90Hz refresh rate has been rumoured for a while now as well, alongside what remains an unconfirmed QHD+ resolution – the first time the company has ventured beyond the scope of a full-HD+ display.

The OnePlus 7 Pro display is also confirmed by the company to support the HDR10+ display standard, and it will also support Netflix HDR streaming. OnePlus adds that the display on the OnePlus 7 Pro has been awarded an A+ rating by DisplayMate, an established display testing firm. Finally, in the lead up to the launch, OnePlus has also confirmed something that has only been rumoured in the past – a “no-notch, edge-to-edge display” – cementing the use of a pop-up selfie camera that’s also been tipped in the past. On the other hand, leaks indicate the OnePlus 7 would retain the waterdrop-shaped notch seen on the OnePlus 6T, and feature a regular selfie camera within that notch. The OnePlus 7 display is also said to carry a full-HD+ resolution, just like its predecessor.

Moving away from the display, another ‘speedy’ selling point of the OnePlus 7 Pro that has been teased thus far is its use of UFS 3.0 storage, something OnePlus claims is a first for any globally available smartphone. OnePlus has also claimed the OnePlus 7 Pro wouldn’t give users a reason to complain on the vibration front – it has acknowledged the innumerable grievances related to weakness of the vibration motor on its past models, and said the new motor would be 200 percent more powerful. It added the use of the new motor won’t increase the thickness of the phone, and that haptic feedback would be felt across the entire device, while users would be able to choose from three presets vibration intensity. 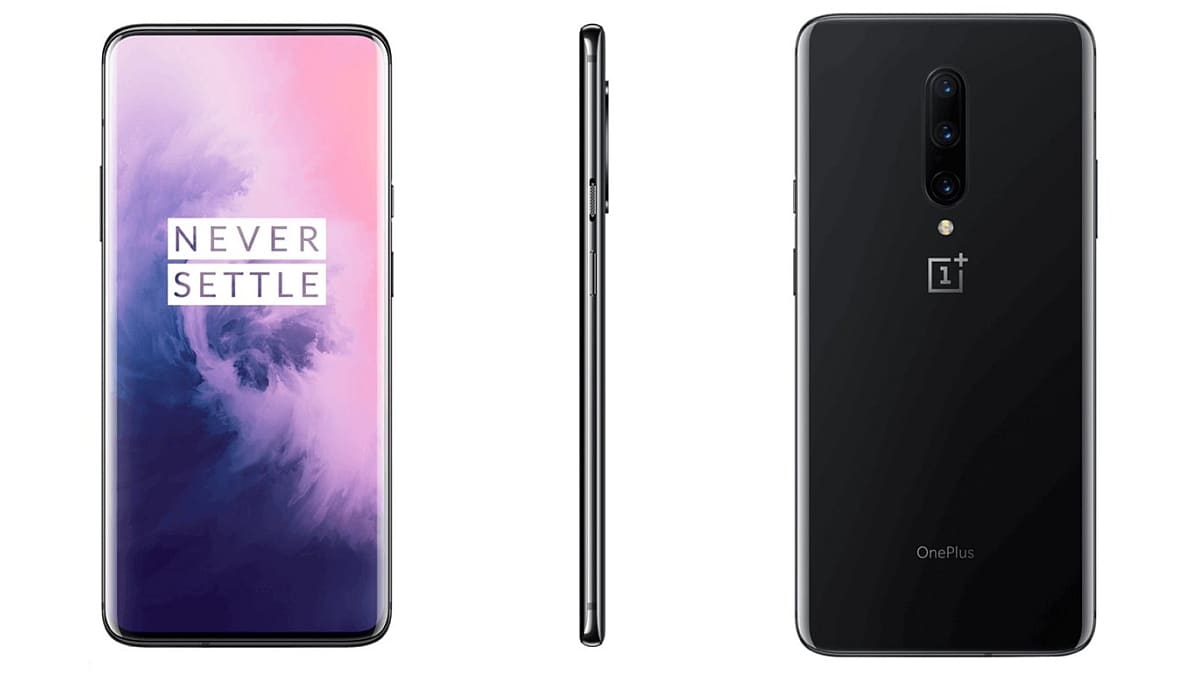 OnePlus 7 Pro specifications were leaked in detail in the recent past, indicating the it will be dual-SIM (Nano) smartphone that runs OxygenOS based on Android Pie, and features a 6.67-inch QHD+ (1440×3120 pixels) Fluid AMOLED display with a pixel density of 516ppi, and a 90Hz maximum refresh rate. The OnePlus 7 Pro is said to be powered by an octa-core Snapdragon 855 SoC, paired with the Adreno 640 GPU and up to 12GB of RAM. 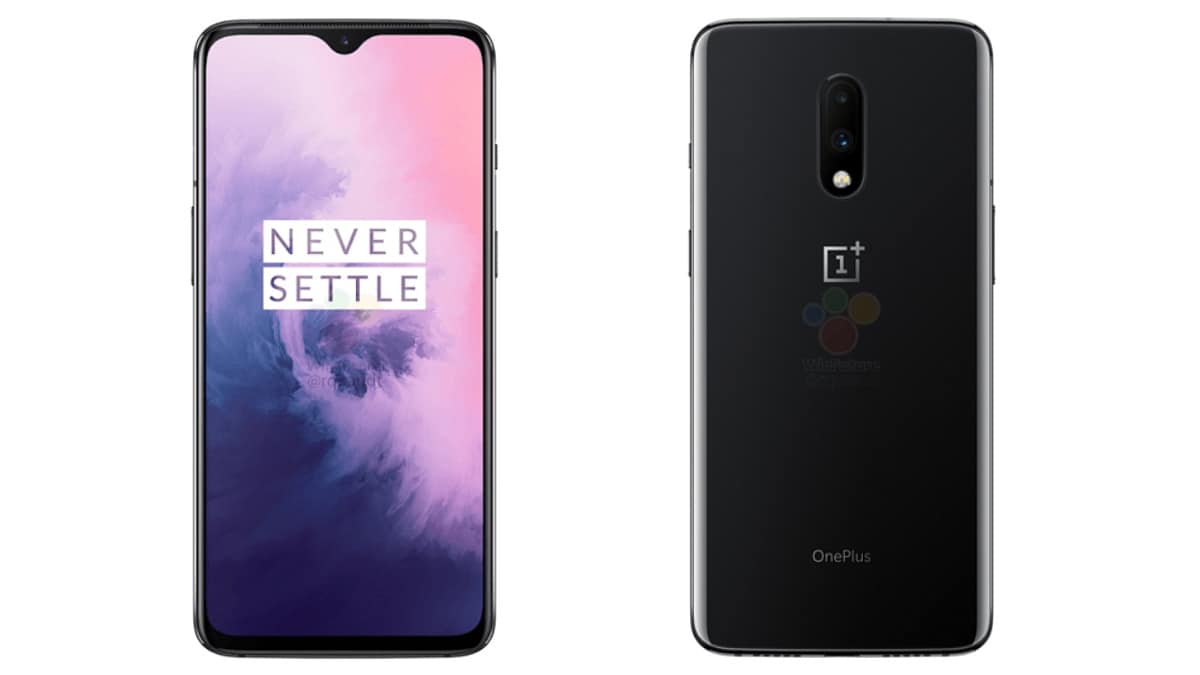 On the other hand, the OnePlus 7 is said to offer very similar specifications as the OnePlus 7 Pro, but with a few differences such as a 6.4-inch full-HD+ 60Hz display, a smaller 3,700mAh battery, and a smaller footprint as well with dimensions of 157.7×74.8×7.1mm. If we believe leaked renders of both smartphones, they will both forego the 3.5mm headphone jack the company did away with on the OnePlus 6T. The Alert Slider and power button will be found on the right panel, while the SIM card tray and volume rocker will be seen on left, and the USB Type-C port placed at the bottom