Everything Apple announced at the 2019 iPhone launch event 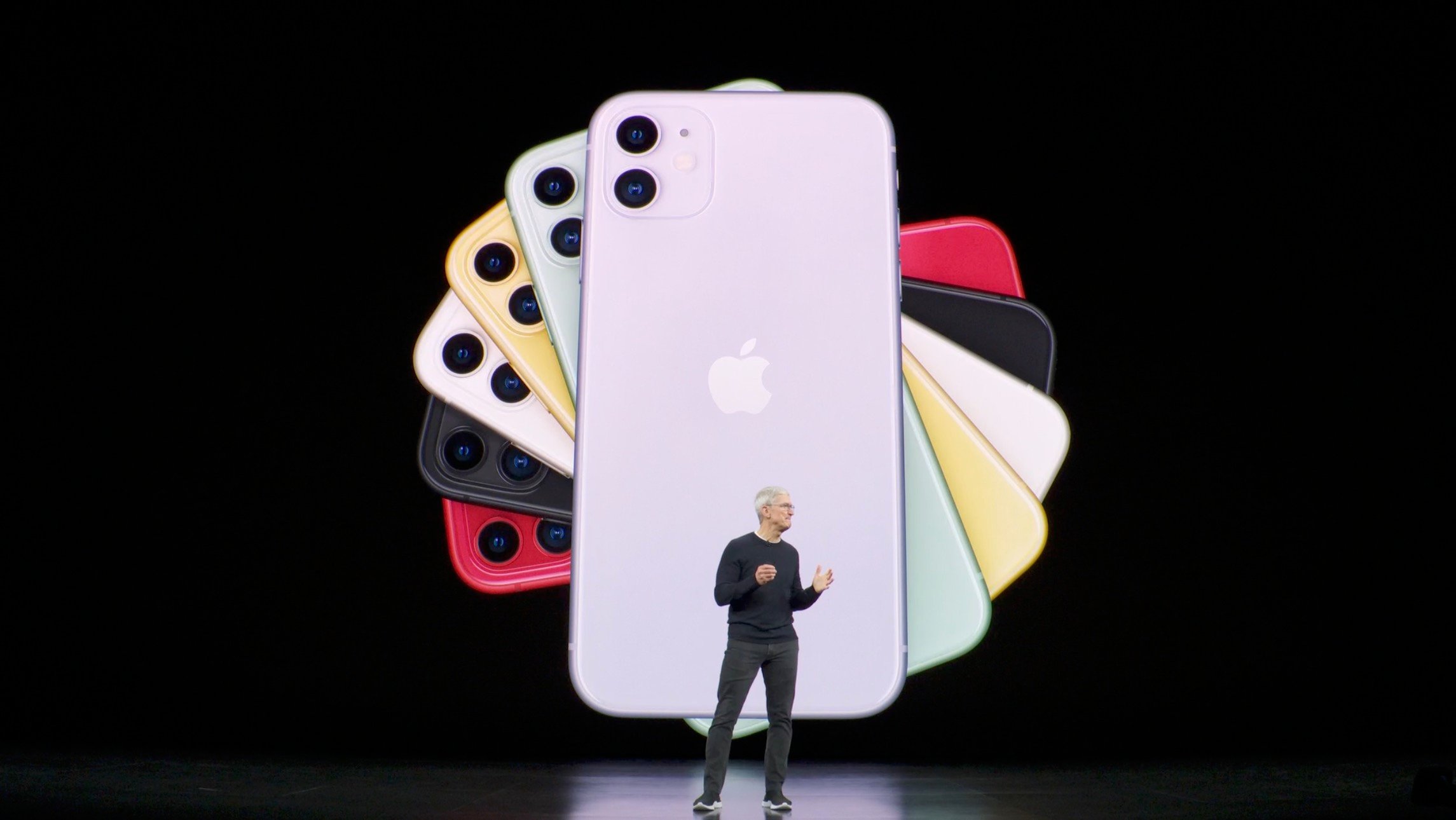 First up, the iPhone 11. It features a 6.1-inch Liquid Retina display with True Tone technology. There’s also spatial audio with Dolby Atmos. The iPhone 11 features a dual camera: 12MP wide-angle lens (26mm f1.8) and a 12MP ultrawide-angle lens (f2.4). The ultra-wide lens can also handle 2X optical zoom. AI is a big part of the camera, of course, and there’s new semantic rendering that relights photos based on what you are shooting.

There’s a new night mode to compete with Google and Huawei, which currently kills Apple in this field. Apple also introduced ‘Slofies’… no, seriously! The front-facing camera can shoot slow-motion video, for those windswept hairdryer pouting shots. Stop the world, I want to get off!

The chip is an A13 Bionic. Apple showed off the game Pascal’s Wager to prove how powerful the chip is. In terms of battery, the iPhone 11 will last one-hour longer than the iPhone XR.

There was much noise in the media about that new camera setup and Apple understandably went big on the photographic capabilities of the new ‘Pro’ iPhones for 2019. We’d already seen the design leak, of course, and they were spot on!

The new camera features a wide-angle lens (f/1.8), a telephoto lens (f/2.0), and an ultrawide-angle lens with a 120-degree field of view (f/2.4). There are options for 0.5X, 1X, and 2X when it comes to optical zoom. The photos Apple showed on stage looked amazing, as you would expect. That doesn’t really mean anything at this stage though. There’s also a new feature called Deep Fusion, which shoots nine images and assembles a photo with added detail and low noise. Apple said it was “computational photography mad science”.

Aside from the camera, the iPhone 11 Pro features a Super Retina XDR Display. It’s an OLED with 2 million to 1 contrast, 1200 nits of brightness and Apple says that it is now 15 percent more energy efficient. The chipset is the same as in the regular iPhone 11, the A13 Bionic. Apple brought on Sri Santhanam to talk about machine learning on the new chip. The CPU can do one trillion operations per second. It’s cool, but most people who buy an iPhone do not care about this kind of stuff.

It comes in some new finishes: midnight green, space gray, silver, and gold. You can preorder from Friday at 5:00 PT, and shipping starts on September 20.

We knew they wouldn’t be cheap, but at least there was not a huge jump from the prices we saw last year for the XR, XS and XS Max. It seems as though Apple has learned its lesson, at least a little, on this one. It would have been super bold to increase the price once again given how poorly the last generation sold (apart from the XR).

Apple is launching a trade-in program where you can upgrade your phone and then spread the cost of the new device over monthly payments. It will be available in a number of countries.

Greg Jozwiak took to the stage to announce the new seventh-generation iPad. It has a new 10.2-inch Retina display compared to the old 9.7-inch. It features an A10 Fusion chip. It also comes with a Smart Connector so that you can connect the full-size smart keyboard. The new iPad announcement was kind of slipped in as a transition to talking about multitasking in iPad OS. We weren’t expecting this, but the smaller, cheaper iPads are hugely popular, and I suspect these will sell well. Interestingly, Apple didn’t say if these will have Lightning or USB-C ports on them, but we checked, and it’s still Lightning.

Prices start at $329. You can order the new iPad from today and shipping is scheduled to start at the end of the month.

Apple launched the fifth generation of its Apple Watch on stage at the Steve Jobs Theatre. The biggest feature is a new Always-on Retina display. The display refreshes dynamically, from 60Hz to as low as 1Hz for power saving. Apple says it can produce 18-hour battery life as a result. There is also a new titanium model a new white ceramic model. Nike and Hermès models are available too.

Apple was also pretty excited about a new built-in compass, which sounds quite dull on paper, but it allows you to see which way you are facing on Maps, for example. There are also some new emergency calling features that don’t require an iPhone to work in more than 150 countries.

Three new health research studies are coming after the Apple Heart Study. There’s a hearing study in conjunction with the WHO and the Univerity of Michigan. There’s also a women’s health study with NIH and Harvard. An Apple heart and movement study with American Heart Association and Brigham and Women’s Hospital is also planned.

There is a new Apple Research app for these. It will be available in the U.S. later this year.

Arcade, Apple’s new game subscription service for mobile desktop and TV, was on the stage in Cupertino too, opening the press conference. Apple Arcade games will be available from an Arcade tab in the App Store. Apple said that it has loads of games ready for the launch, and that you can’t find these games on any other mobile platform or subscription service. New games will be added every month, with recommendations and game trailers included.

Frogger in Toy Town, Shinseki: Into The Depths, Sayonara Wild Hearts, were among the bigger name games that were confirmed for Apple Arcade. All three games were demoed on stage and were played with touch controls, but iOS 13 does support controllers.

App Arcade will launch on September 19 in 150 countries and costs $4.99 per month for a family subscription. There is also a one-month free trial.

Tim Cook showed off some of the shows that will come to Apple TV Plus, including the worldwide premiere trailer for See, a new show from the creator of Peaky Blinders. It will be an exclusive original to Apple TV Plus.

Apple TV Plus will be available from November 1 in more than 100 counties, and Apple said it would be releasing more originals every month. It costs $4.99 per month for a family subscription. Apple is undercutting Netflix here. You also get one-year of Apple TV Plus included when you buy any iPhone, iPad or Apple TV.